[Image source: CBS News] As green energy becomes an increasingly hot topic in our modern world, a few vital questions have emerged that deserve our attention: What are the human costs of obtaining materials for green energy technology? Are green technologies, such as electric vehicles, truly “sustainable” if the raw materials for the technology depend on child labor and environmental destruction in disadvantaged countries and communities?

Does sustainability need to be ethical?

For sustainable technology production to be ethical (which, in all cases, it should be), then the extraction process for raw materials shouldn’t contribute to water pollution, deforestation, and dangerous labor conditions, such as the case of cobalt mining in the Democratic Republic of the Congo.

Poverty is a rampant theme within the mining communities of the Democratic of the Congo, even with the price of cobalt rising drastically over the last decade. It has been estimated that up to 40,000 children work in cobalt mines in the country’s south, within working conditions characterized by frequent mine collapses, falling debris, and exposure to toxic chemicals. 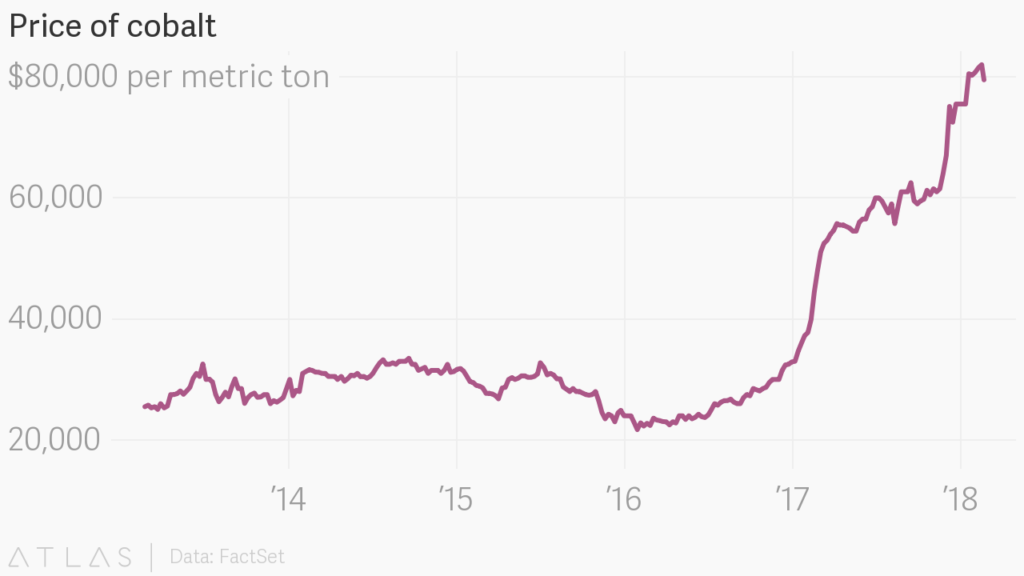 Cobalt is a major export from these mines, with the mining operations of the Democratic Republic of the Congo producing more than a half of the world’s cobalt. The rising market demand for electric vehicles has stressed the demand for cobalt, which continues to be a vital part of the lithium ion battery (Li-ion) which powers electric cars. When there was less demand for Li-ion batteries, fewer people were impacted by the dangerous mining conditions connected to cobalt.

The rising prices of cobalt are tied to a history of foreign exploitation of the natural resources of the Democratic Republic of the Congo.

Faced with the dilemma of cobalt’s negative influence in the Democratic Republic of the Congo, green energy companies and producers of Li-ion batteries have felt the push to create a more ethical, sustainable battery. A major movement by energy companies has been to find alternate materials to replace the current dependency of the battery market on cobalt. In doing so, many of these companies hope to not only eradicate cobalt dependency, but they hope to create a longer-lasting battery with enhanced storage potential.

Advano, a small company based in San Francisco, CA, has approached the issue of cobalt dependency by using silicon nanoparticles to increase the energy density of Li-ion batteries. Increased energy density, in the long run, can ensure that fewer batteries will need to be made to store the same amount of energy. Alex Giaru, the founder of Advano, explained that the main problem of the green energy industry wasn’t an issue of generating enough power, it was an issue of the most efficient ways to store power. Replacing materials that impact other parts of the world in negative ways is a main theme of improving the efficiency of Li-ion batteries in a more ethical way. 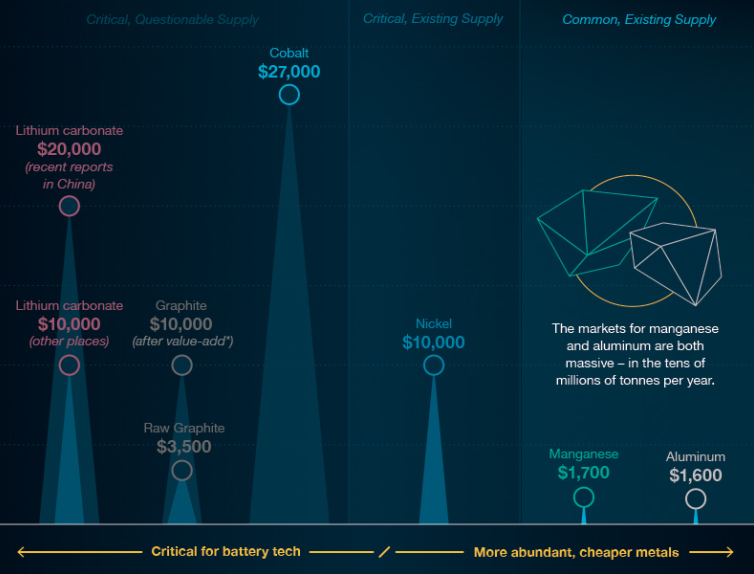 Nano One, a Canadian materials company, has tackled the search for a more ethical battery by completing a project to develop a cobalt-free alternative for Li-ion batteries. Their solution was the creation of a High Voltage Spinel (HVS) made from lithium, manganese, and nickel. Unlike cobalt, nickel and manganese are plentiful resources that don’t depend on the over-mining of one territory for their extraction. Nano One’s cobalt-free alternatives are excitingly 2-3x longer lasting than other commercial material. 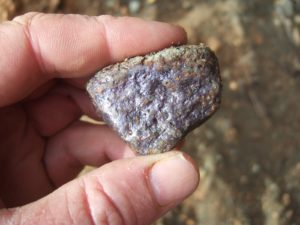 Alongside Advano and Nano One’s developments in Li-ion battery research, the University of California, Berkeley, has begun testing the efficiency of other metals that could replace cobalt. Led by professor Gerbrand Ceder in the Department of Materials Science and Engineering, the lab discovered that the layered element in cobalt-based Li-ion batteries could be rewired to make room for different metals. Like Nano One, Ceder’s Lab is working with manganese as an alternative to cobalt. Manganese is an element of choice because it is cheap and plentiful, and because it is found in dirt, making it accessible to various regions of the world.

Companies and organizations such as Advano, Nano One and Ceder’s Lab team are redefining the batteries that power much of our most prevalent, day-to-day electronics. Rather than relying on a resource that actively harms another part of the world by outsourcing mining to poor communities, Li-ion scientists are actively seeking out alternative elements that are not only more plentiful but could result in the creation of a more powerful, longer-lasting Li-ion battery. The benefits of improved, cobalt-free Li-ion batteries in electric vehicles promises less waste, less fossil fuel pollution, as well as more ethical means of producing sustainable technology.