The concept: deploy a re-useable massive sponge with absorbent nano-fibers to soak up oil and chemicals from bodies of water and the high seas.

It sounds like a late-night kitchenware commercial, but a “magic sponge” that can clean up oil- and chemical-contaminated water has won the European Inventor Award, the “Inventor’s Oscar” from the European Patent Office.

The product, developed and manufactured by Germany-based Deurex AG and called Deurex Pure, looks like cotton wadding, but it is actually a form of wax produced under high pressure. It is designed to soak up oil, diesel and chemicals from water, just like a sponge, to make the water close to drinkable.

The product already has a successful track record – it was used to clean up heating oil contamination during massive 2013 flooding around the Elbe in Southern Germany, and is currently in use by a nonprofit organization to clean up oil in the Niger Delta. Deurex has also seen an uptick in purchases from fire services and ports.

The latest application for the product is as a protective collar around the wind turbine towers, which typically store up to 1000 liters of lubricant oil that can escape in the event of an accident. The first wind turbine to use it is in Zschornewitz, Germany, and the company is currently outfitting an entire wind farm.

The product was developed through the “micronization” of wax into ever smaller fibers, including nanofibers, and the creation of a special binding agent. According to the company, the fluffy buoyant material can actually absorb many times its own weight. One hundred kilos of Pure, deployed in a mesh tube that makes it easy to fish out even in high seas, can easily and completely absorb 600 liters of oil, alcohol or surfactants, and still float to the surface. 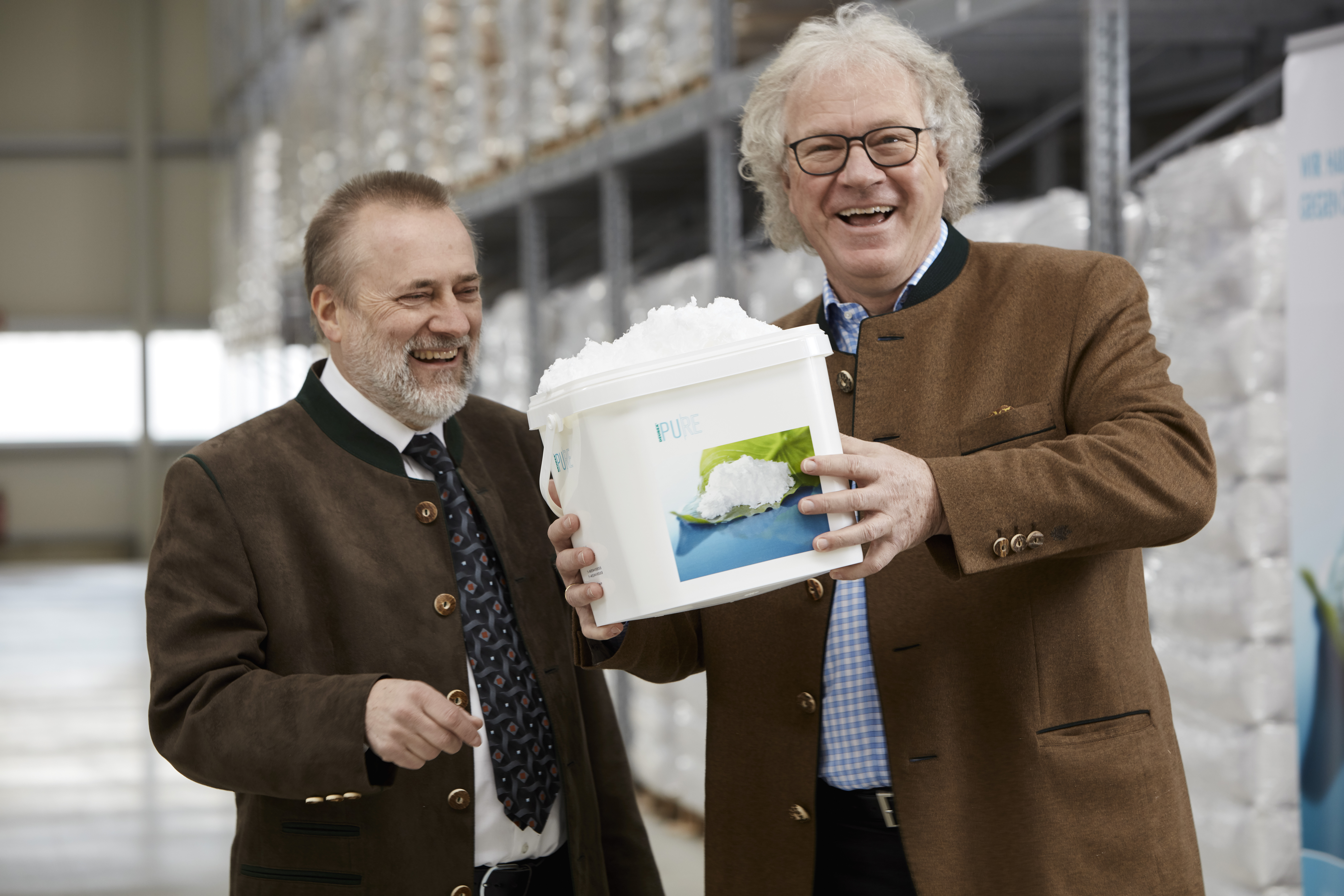 One advantage of the product is cost-effectiveness. After the contaminant-laden Pure is collected from the water it can be placed in a centrifuge to wring it out so it can reused.

Deurex currently has 22 employees and is planning to invest in expanded manufacturing and storage capabilities to fine tune its natural and synthetic wax production, while continuing work on its binding agents.

The company hopes it that ultimately the product can be stored in many locations for quick deployment weapon in the fight against oil contamination in the world’s oceans. Hufschmid says his vision is that the systems can be set up anywhere, even on ships – in order to combat oil spills on-site, even on the high seas.