Coffee is one of the most popular drinks in the U.S., which makes for a perky population — but it also creates a lot of used grounds. A team of researchers at the Italian Institute of Technology in Genova, Italy, now reports an innovative way to reduce this waste and help address another environmental problem. They have incorporated spent coffee grounds in a foam filter that can remove harmful lead and mercury from water. 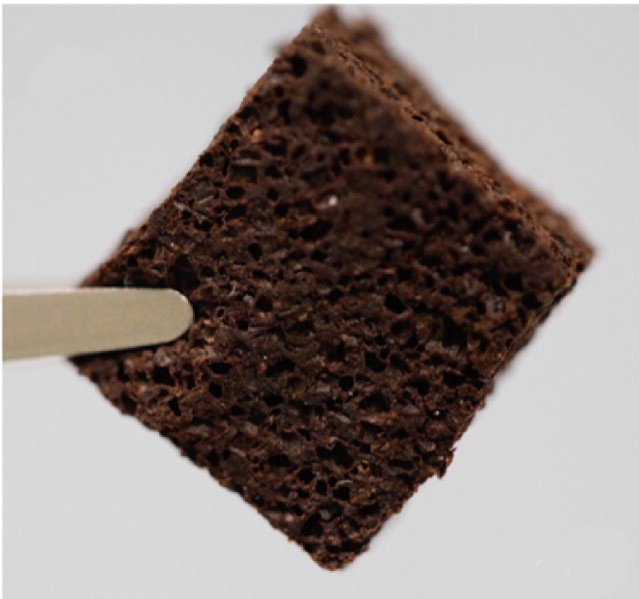 Restaurants, the beverage industry and people in their homes produce millions of tons of used coffee grounds every year worldwide, according to Italian researcher Despina Fragouli. While much of the used grounds go to landfills, some of them are applied as fertilizer, used as a biodiesel source or mixed into animal feed.
Scientists are also studying it as a possible material for water remediation. Experiments so far have shown that powder made from spent coffee grounds can rid water of heavy metal ions, which can cause health problems. But an additional step is needed to separate the powder from the purified water. Fragouli and colleagues wanted to simplify this process.
The researchers fixed spent coffee powder in a bioelastomeric foam, which acted as a filter. In still water, the foam removed up to 99 percent of lead and mercury ions from water over 30 hours. In a more practical test in which lead-contaminated water flowed through the foam, it scrubbed the water of up to 67 percent of the lead ions. Because the coffee is immobilized, it is easy to handle and discard after use without any additional steps, the researchers say.
The researchers published their paper in ACS Sustainable Chemistry & Engineering.