An EV delivery van or garbage truck does not need to go 0-to-60 as fast as a Ferrari. It just needs to stop and start, over and over again, with enough range to cover its route.

To extend vehicle efficiency and range, researchers and manufacturers have looked into hydraulic systems that can capture between 70% and 80% of the vehicle’s kinetic energy during braking, and reuse that energy during acceleration from standstill. When used in conventional internal combustion engine (ICE) vehicles, such systems can improve a vehicle’s fuel economy by 25% to 30%.

KersTech, Inc. recognized that a hydraulic system could play the same role in EVs. Electric motors utilize energy inefficiently for torque production and energy recovery at low motor speeds. So the company has developed an electric-hydraulic hybrid motor called TwinTorq to employ hydraulic systems for low-speed braking and acceleration, and electric power for higher speed cruising. This hybrid regenerative braking and acceleration is up to three times more efficient than an electric motor alone, according to the company. 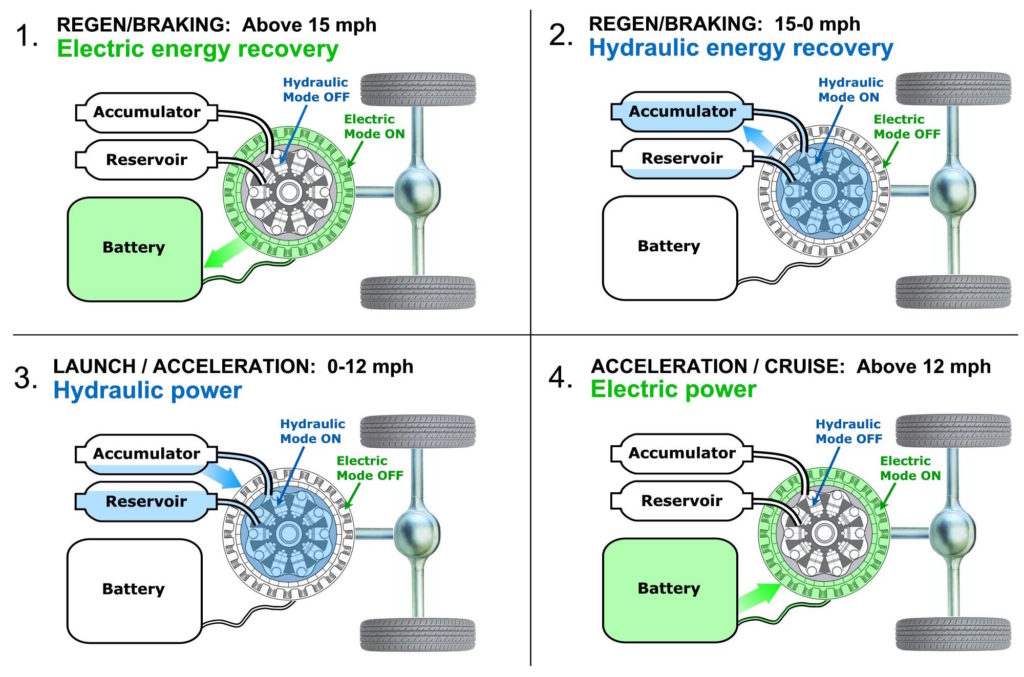 The chart below shows efficiency curves of typical electric and hydraulic motors, highlighting the efficiency gained by combining the two. TwinTorq control software manages delivery of the hydraulic and electric torque to maximize efficiency and reduce energy demand on the battery. In fact, the hydraulic braking and acceleration may extend driving range by up to 45%, depending on the vehicle’s drive cycle. Alternatively, it allows for the use of smaller batteries for the equivalent workload. 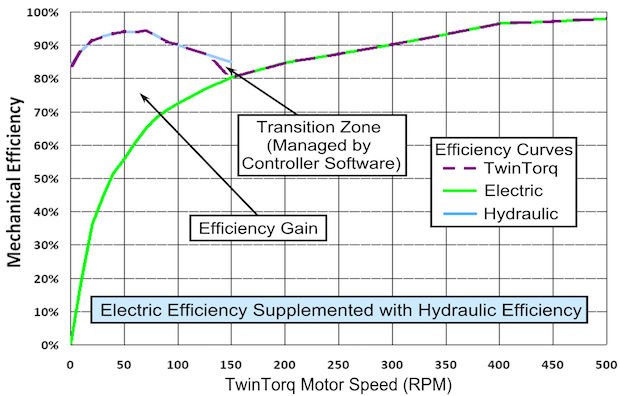 In the TwinTorq motor, an integrated chassis reduces component count, weight and size. A 90° gearbox design uses common rotor and stator components for the electric and hydraulic subsystems, for efficient chassis space utilization and low center of gravity. The TwinTorq technology is covered by a patent for the gearbox architecture, and the company has submitted patent applications for the combined electric-hydraulic system. According to the company, it may be applied to a wide range of EVs, from lightweight commuter vehicles to forklifts, city buses and garbage trucks. 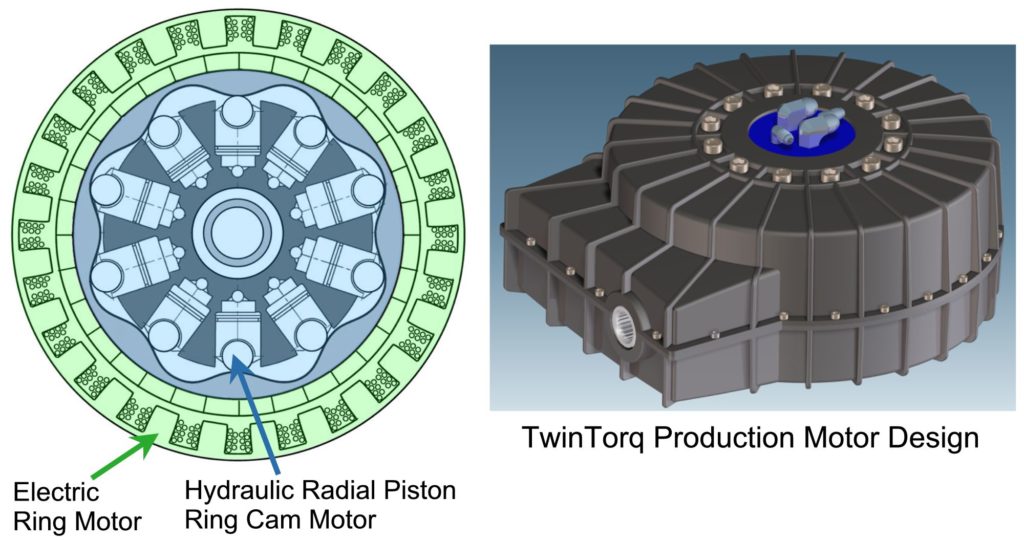 KersTech is moving ahead with a trial of the prototype motor in Hyster forklift this fall at the Fairview, Oregon research and test facility of the Hyster-Yale Group.