It is all too seldom that that we get good visibility on projects that put conventional technology to innovative use for impressive energy gains and CO2 reduction. Luckily for us, this London Underground project is capturing the imaginations of urban planners, transportation officials, and government agencies in the lead-up to COP21.

In a first-ever city pilot program, the London Underground has been able to capture wasted energy from brake use with the intent of reducing power costs. The organization deployed a new inverter system at the Cloudesley Road substation on the Victoria line for a five-week trial.

In just one week of operation, the new technology recovered enough power to run a station as large as Holborn for more than two days per week. As an added benefit, the technology reduced the amount of heat generated by trains braking in tunnels, which in turn can help to reduce the energy required to cool the Underground’s network.

The deployment of such a system could enable the Underground to save 5 per cent on its energy bill, freeing up additional capital to reinvest in transport. The results indicate that from this single substation alone, 1 Megawatt hour (MWh) of energy can be captured per day – enough to power 104 homes per year or one busy station such as Bond Street for four months of the year.

Previously the trains were able to recover braking energy (similar to the regenerative braking used by electric cars such as the Prius) but only if there was another passing train — in the process of accelerating — that could receive the regenerated energy.  Otherwise the energy was wasted, dissipating through the train’s brake resistor banks as heat. With the new system, the inverter can redirect the energy and capture it in a storage battery.

“This state-of-the-art regenerative braking system has the potential to transform how we power stations across the Transport-for-London network, unlocking massive power savings and significantly reducing our energy bills,” said Chris Tong, the London Underground’s Head of Power and Cooling. “We are committed to doing more to reduce our energy use, and this technology…is one of a number of innovations we’re embracing to lower our environmental impact.” 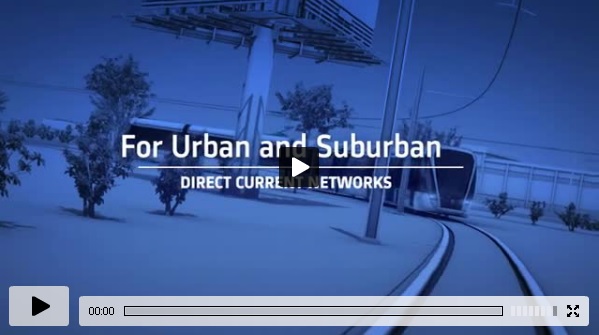 See the animation from Alsthom about the traditional and new systems.

The trial follows a number of other measures put in place by the Mayor and Transport for London to “green” the capital’s Tube system. In January, it was announced the historic Greenwich Power Station would be revamped to transform it into a low-carbon power generator for the Tube network. Its six new gas engines will replace existing boilers and provide cheaper, cleaner power for the Tube, with waste heat being channeled into a new local heat network that will also benefit residents.

The London Underground is carrying out its largest program of modernization in decades, with major stations, trains, track and control systems being updated or replaced to meet the needs of the rapidly growing city and provide a 30 per cent increase in capacity across the Tube network. All future Tube line upgrade projects now have whole-life energy costs embedded into their programs to encourage research, adapt sustainable technology and reduce energy requirements. The results of this Victoria line inverter trial are a stepping stone to other projects, with the aim of maximizing the energy efficiency on London Underground rail networks.

A similar pilot in the US, installed for the Southeastern Pennsylvania Transportation Authority (SEPTA), for its outdoor railway system, was run from 2010 to 2012, with the participation of smart grid software developer Viridity Energy, ABB’s Power Control System and battery manufacturer SAFT.